In 2017, Icescape created its very own winter wonderland at the historic Tropicana in Weston-super-Mare, which included the UK’s largest covered winter ice rink; capable of holding 500 skaters per session.

After the huge success of the event in its first year, where more than 120,000 people flocked through the doors, North Somerset Council agreed to a 5-year contract to make the town the festive ice-skating capital of the region for years to come.

In our first year, we experienced some issues with coastal winds, so we wanted to re-assess the layout of the venue and see if changes could be made to combat this as well as linking all the attractions together.

The iconic Tropicana’s outdoor arena on the seafront at Weston-super-Mare was transformed once again into a spectacular winter wonderland, where friends and families could skate on the UK’s largest covered winter ice rink, which was over 1500 sqm in size. Visitors could enjoy festive food and drinks, visit Santa’s Grotto, whizz down the giant snow slide and much more.

Both large marquee structures which were provided by Danco were rotated from the previous year to better shelter the area from wind. Over 1000 pairs of ice skates were stored in the skate exchange marquee and skaters took to the ice – rain or shine – with the clear canopy above the ice which was decorated with glowing festive lights.

After their 45-minute skating session, visitors could relax in new alpine themed Lodge Bar & Restaurant. The raised covered seating area provided the perfect setting for a well-deserved drink or some tasty food and had great views of the ice rink. Bare Grills, a local smokehouse, offered our customers the best burgers, hotdogs and dirty fries around.

Santa’s Grotto was set in an inflatable igloo structure, which was transformed into the North Pole, where children could meet Santa and his elves. Our very own mascot Pippen the Penguin was also out and about to see all his old pals and meet some new friends.

Another change to the layout this year was the giant snow slide. Thrill-seekers could grab a ring and take the big drop through the roof and into the ice rink marquee. There were rides for all ages including a toy carousel, cups & saucers and flying Dumbo’s.

We’re already busy planning the 2019/20 event and we can’t wait to be back in Weston! 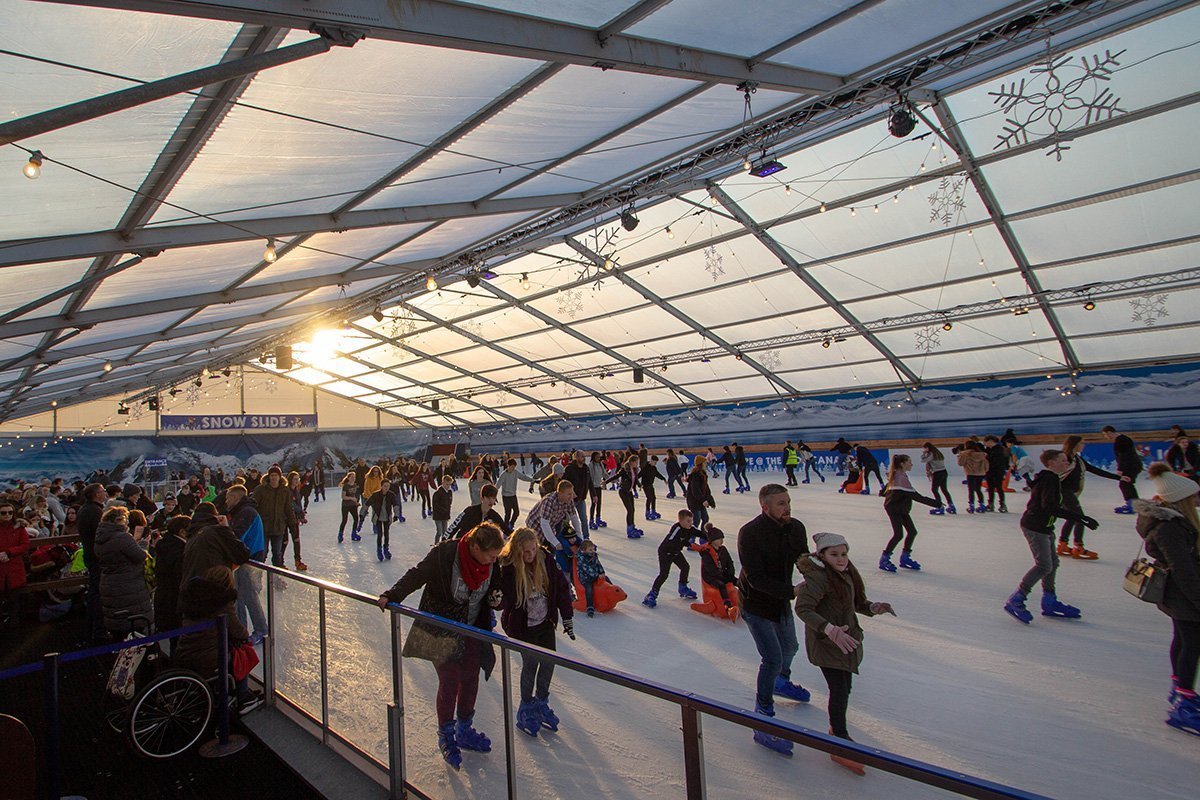 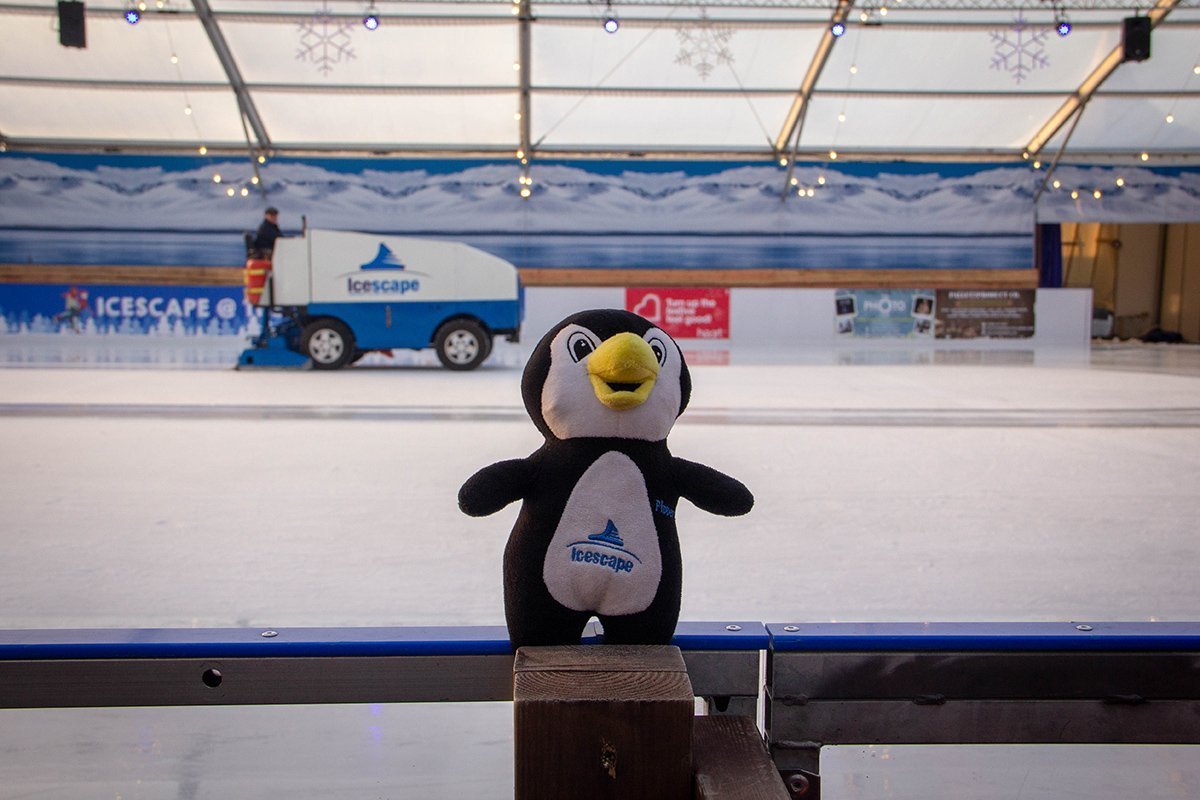