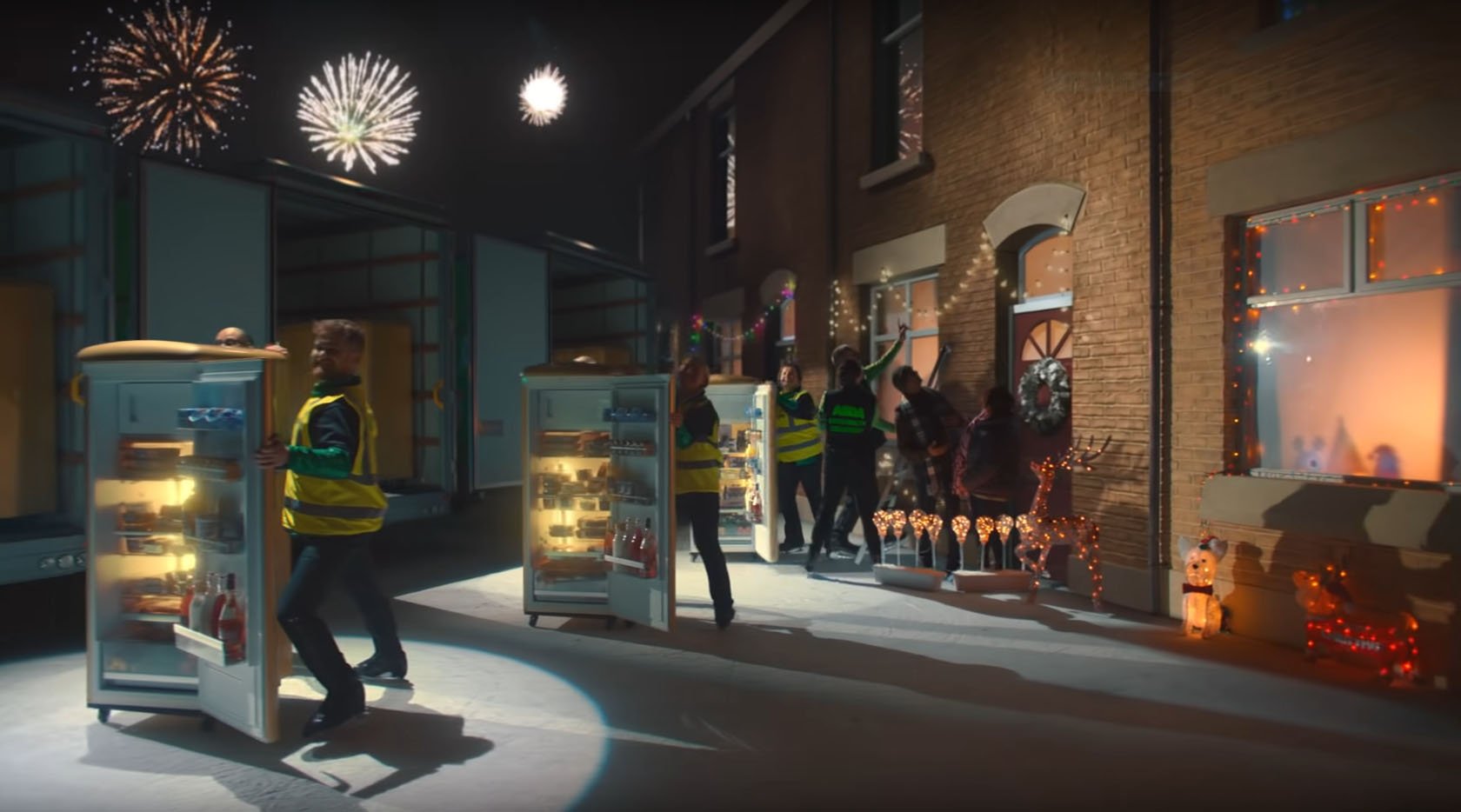 Back in September 2021, before we were busy with all our usual winter Christmas ice rinks, we were the chosen supplier to provide the ice-pad for the ASDA Christmas advert.

The build took place at Black Island Studios in London where the majority of the advert was filmed. A 30m x 16m (480m2) temporary real ice rink system with an industrial specialised chilling plant system was installed in one of the large studio spaces.

An ice technician was provided on site during the filming period to support the film directors and to ensure the ice was at the highest standard.

Dan Whiston, one of the UK’s leading professional ice dancers, known to millions for being a part of and winning ITV’s Dancing on Ice, choregraphed the actors ice skating routines for the ad. It took around two weeks to be filmed and during this time a range of impressive different sets were built on the ice for various shots. With golden fridge freezers, ASDA trollies and even photocopiers whizzing around the ice, it made a change from our normal penguin skate aids.

It was a pleasure working on this project and it was wonderful to see the completed ad on TV over Christmas, with our ice rink taking centre stage!